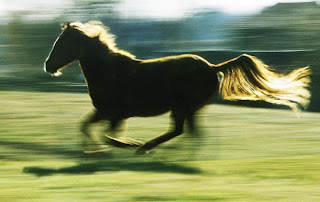 spring thoughts
like untamed horses
should remain in the corral

(Note: cross-posted at The Line Is Here. But you slackers are too lazy to outclick…)

Once upon a time, we lived outside the U.S. for almost five years. As a family, we fully adopted our alien land, learned its language, loved its people, hated its traffic, but always understood that we were guests in an amazing, overcrowded, ancient city. We also learned about the sort of strength it takes to live without your normal and almost invisible underpinnings of culture and familiarity.

Where There Is No Doctor was a required manual before moving South of the Border. Itâ€™s not that Mexico has no doctors, itâ€™s that you wouldnâ€™t know how to tell them what is wrong. And even if you could, would you understand his reply? At any rate, itâ€™s an excellent handbook for every family, regardless of where you live, and especially if you go on long camping trips. It may be hard to imagine, children, but some places really donâ€™t have Internet. Even now.

Anyway, when my son was but seven years old and adjusting to the Grade A smog in Mexico City, he came down with bronchitis. Really bad. Fortunately, penicillin is cheap and plentiful, so I went around the corner and bought a 10-day supply and some decongestant. Late that night, the poor childâ€™s rasping brought me to my knees to pray, and to my handbook for insight. A steaming pot of water was place on the floor by his bed, I woke him and turned him onto his tum, with his face down below his chest, breathing in the vapors and steam. And then I pounded his little back. Out popped the most hideous thing Iâ€™ve ever seen from that day to this: black-green-yellow mucus, a big as a large egg. He cried, I cried, and then he could breathe again. Slept sound. Woke better.

You have no idea what that kind of relief feels like, so far from home.

We hadnâ€™t lived there a month before the transmission gave out on our Blazer. Right near Chapultapec Park. On the on-ramp of the Loop. I had to sit and wait for the Jolly Roger to find a â€œgruaâ€. Hours pass. No cell phones. No idea if Iâ€™ll ever see him again, or how weâ€™ll get home or when, or if Iâ€™ll ever see the States again, while my hungry son and I rejoice to find peanut brittle in the glove box. Twilight approaches and hard-looking men come up to the truck saying, â€œdonâ€™t be here after dark, Senora, itâ€™s not safe.â€ I nod and blink back tears, but my young son has picked up on the fear.

Like some gallant knight, Roger soon arrives with a tow truck, and with his heart in his throat commits us to a taxi driver to take us home while he rides with the tow truck. Fortunately, I was a good navigator early on, recognized landmarks, out loud, just to let the driver know I knew where we were in that sea of city inhabitants. We made it home without incident. All three of us. And the truck.

You have no idea what that kind of relief feels like, unless youâ€™ve tested your courage outside its limits, called upon your wits, and stood your ground politely, while inside you werenâ€™t even sure you could ever hope your Stateside family could recover your remains should some fell evil strike you down.

Politically, itâ€™s a dicey thing, being from the Imperialist Nation to the North. Everyone wants to know you, talk with you, and hopes that you know their cousin in Los Angeles. Even in a city of 20 million people, oneâ€™s world is very small, to the point of hoping that yours is, too, and maybe weâ€™ve got something in common. It was a charming and amusing occurrence, every time.

However, when the U.S. went to Panama to wrest power from Noriega (in order to allow the Chinese to run the place, apparently), we lost some good friends who took extreme umbrage at the act. They werenâ€™t alone. What a strange sense of alienation, to see anti-American graffiti near our apartment,to feel the sense of betrayal and suspicion some felt at having an â€œinvasionâ€ so close to their back door.

No wonder some Mexicans in Arizona are headed back home. Intimidation is a real motivator to someone who is at a cultural disadvantage.

The papers and magazines loved a good murder and would splay the bloody scenes on the front page, like some demented Tarantino story board. You shield young eyes from that and all the girlie mags on every corner.

And people worked hard,there. All 20 million of them. Beggars only existed in the tourist zones, go figure! But little wizened old men could work your young American lard-butt into the ground, make no mistake.

And hardworking friends always wanted to abandon Mexico and move North, where there was hope long before the Obamas cheapened it. And what would you say, what could you say? You canâ€™t say anything because you see what real hopelessness looks like. It looks like unpainted cinder blocks and dirt yards and endless need. Not easy to say no, donâ€™t go north.

Do you know what itâ€™s like to watch the Super Bowl in Spanish, and yet hear Whitney Houston sing the National Anthem and watch the fly-over, only to burst out in tears? No one was more surprised than I, for I loved Mexico as my own, learned its dirgeful anthem, its pledge, and recited them daily in our charter school. But, oh! My Country â€˜Tis of Thee was the song in my young and non-political heart. Sweet land of liberty, I missed her so!

And then the Space Shuttle has its first successful mission since Challenger, and you see it on television while staying in the jungled heart of the Yucatan, and you just blub and blub until your sinuses become painfully impacted.

One morning we came home to our apartment after breakfast, only to be surprised by the concussive sound of our next door neighbor, a Federal, firing his semi-automatic rifle into the park. The other neighbor ladies all run to our apartment where Roger is the only other man around during the day, seeking some sense of security. Our son, half a block away was held in the school house for safety, and we couldnâ€™t get to him. We peered through the service windows into the other apartment only to see the Fed with his baby on one hip and his rifle on the other. The local SWAT team arrives and leaves just as quickly once they find out heâ€™s a Federal. Peace resumes, but we move two days later.

We survived flash floods, smog, earthquakes, sickness, disorientation, panic attacks, measles, mumps and dengue fever. We endured public frottage on the Bruta Cien bus lines and subways. We went camping, ate corn fungus, were politely robbed by a gas station attendant, saw primordial cave paintings, hiked jungle trails, fired off a gun in church, and were pulled over numerous times by the cops. Never paid more than a few bucks of â€œmordidaâ€ fines, while other Americans paid hundreds of dollars. Thatâ€™s because Roger knew one of the simplest forms of foreign survival: how to smile. He really is irresistible when he smiles!

So, we smiled and smiled, laughed and learned good jokes, gained the best friends, and sometimes didnâ€™t have the best plans for our adventures, but always knew we could make it happen. It was terrifying and reassuring most of the time and all at once!

Best to have Tequila handy. And a smile.

Steve, the oft-imitated but never duplicated, Vodka Pundit has helpfully supplied rules for your own home game version. Hey, he’s a giver!

So, in return, give his liver a rest and give yours a workout.

Speaking of which, why can’t the U.S. networks go out and buy some Brit comedies for us to watch? Probably cheaper than paying our lackluster screen writers.